You may have heard the phrase, “all bourbon and scotch are whiskies, but not all whiskies are bourbon or Scotch”. But what exactly does that mean? And is it “whisky” or “whiskey”?

If you’re not sure what the differences are, you’re not alone. Due to their similarities, many people struggle to understand the differences; however, while they are related, a good deal of geography, history, and processes set them apart.

One of the main differences between scotch, bourbon and whiskey is where it’s made. Scotch and bourbon are whiskies made exclusively in a specific region (Scotch is made in Scotland, bourbon is made in the United States), while whiskey made anywhere else can only be labelled ‘whiskey’.

Geography can also impact the spelling of whiskey on the label. American and Irish brands often use ‘whiskey’, while Scotland, Canada, and most of the EU tend to use ‘whisky’.

Scotch is a whisky made exclusively in Scotland and can not be legally labelled “Scotch” if made elsewhere.

Bourbon is a whiskey made exclusively in the United States. In the same way that Scotch is only made in Scotland (or Champagne is only made in Champagne), bourbon can only legally be made in the US and cannot be labelled ‘bourbon’ if made elsewhere.

Another main difference between Scotch, bourbon and whiskey involves the ingredients used during distillation.

Scotch is typically distilled from a mash of malted barley and other cereal grains aged for at least three years in matured oak barrels. Scotch is fermented with yeast, and the only permitted additives are water and a caramel colouring agent. A variety of Scotch blends exist, with their labels indicating the ingredients and processes used:

Bourbon must include at least 51% or more corn grain aged for at least two years in charred American white oak barrels to give its unique, slightly sweeter flavour. Besides grain mash, yeast and water, no other additive can be added. To create unique flavours, other grains (such as rye, malted barley and wheat) are incorporated and typically referred to as the ‘flavour grain’.

Whiskey is distilled from fermented grain, often soaked in hot water (to release the sugars), combined with yeast, and matured in oak barrels to create whiskey variations with a range of flavours and aromas (depending on the grain used).

The difference between Scotch, whiskey and bourbon often comes out through its flavour. While each one has variations that produce unique aromas and tastes, there are characteristic flavours each one delivers:

Scotch is a diverse whiskey with an endless combination of flavours that largely depend on the grain used and the type of blend. Flavours traditionally range from light, floral and fruity to rich, smokey and malty. Typically, Scotch includes aromas of honey, cereal, heather, violets, smoke, baking spices, brine and chocolate.

Due to the corn grain used in distillation, bourbon is the sweetest of the whiskies. Its flavour is traditionally bold with sweet, spicy notes from the charred oak barrels used when aging the blend. Bourbon typically features smooth and nutty aromas of vanilla, caramel, walnut and hazelnut, alongside cinnamon, mint, orange and black currant.

Whiskey from elsewhere in the world exhibits a versatile range of flavours and, similarly to bourbon and Scotch, depends heavily on the type of grains used during distillations. Flavours can be fuller-bodied and rich or light, crisp blends and frequently include complex aromas of herbs, spices, fruit and subtle smoke.

Kick start your journey into the wonderful world of whiskey with these guilt-free, sober-conscious non-alcoholic alternatives:

This phenomenal cocktail is the drink of choice for the movie moguls, Mad Men and everyone in between. It’s smooth, simple and pleasing to the palate; it’s the drink one orders when one arrives (anywhere). 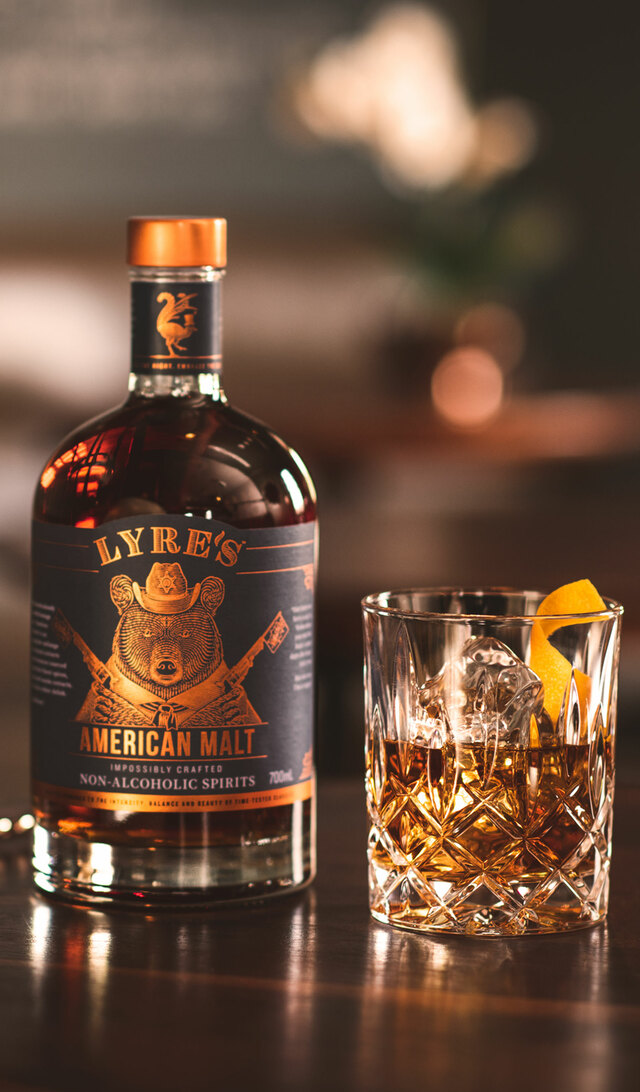 Lyre’s on the Rocks

When the ancient Highland Scots first chilled their whiskey on cold rocks from the river, you could say they were on to something. You could also say we’re on to something with Lyre’s Highland Malt and its dignified blend of toffees, peat and oaks. Find out for yourself (no river needed). 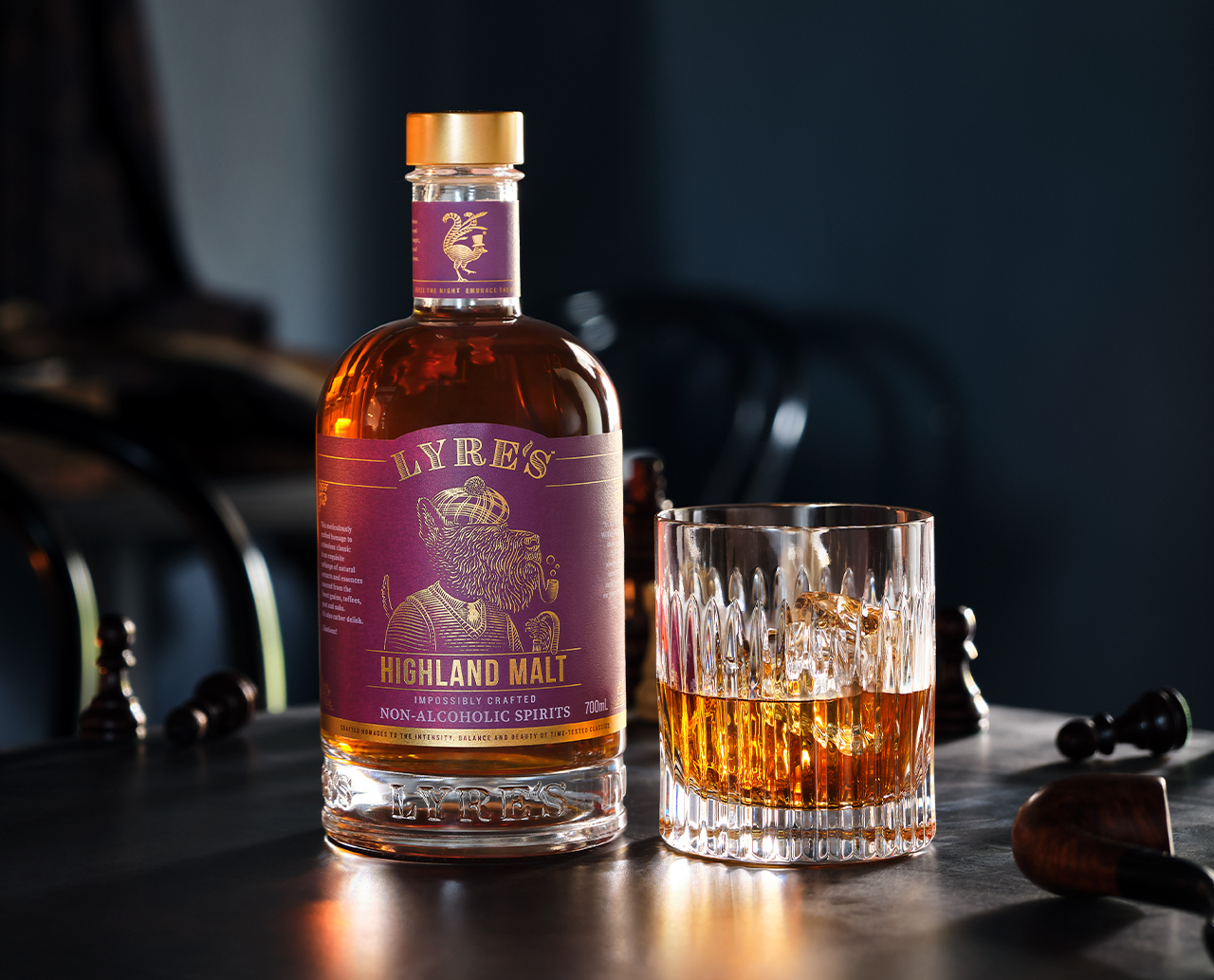 The exquisite Rob Roy was created in 1894 by a bartender at the Waldorf Astoria in New York City to appease the Mad Men and socialites. Now - once it’s combined with the sweet blood orange of Aperitif Rosso - it’s without the mad, and suited to all whiskey connoissuers. Fancy, and fantastic. 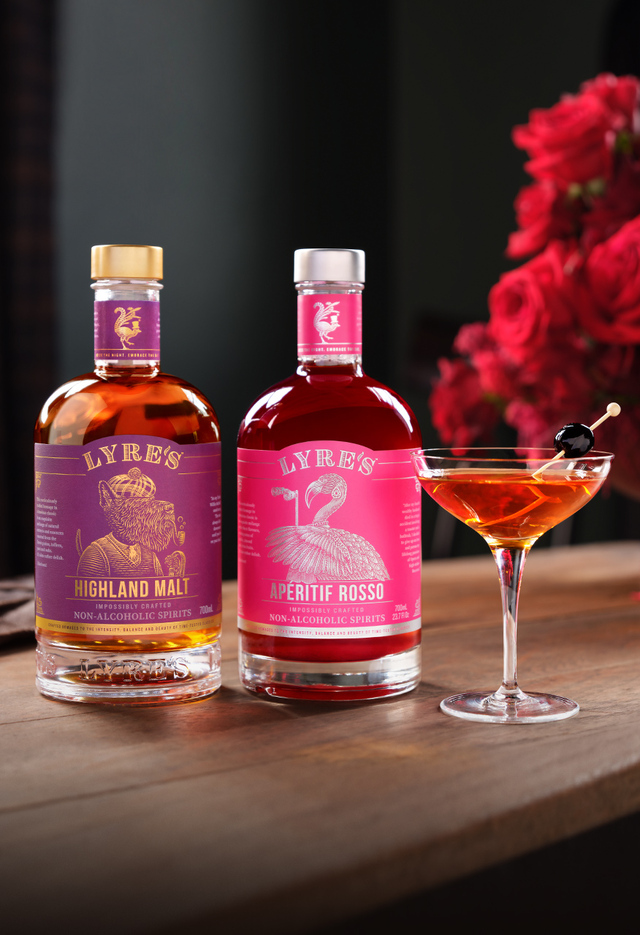 This modern cocktail was created in NYC in the mid-2000s and has since taken the world by storm. With warming, soothing flavours of honey, citrus, smoke and ginger, it’s the perfect tipple for any cold, chilly night. 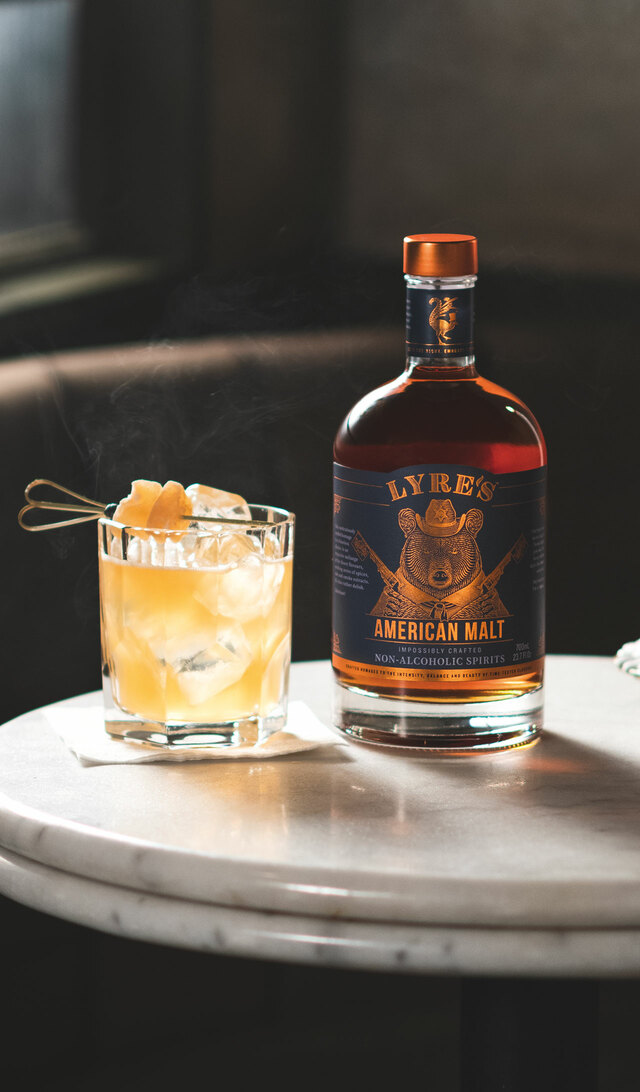